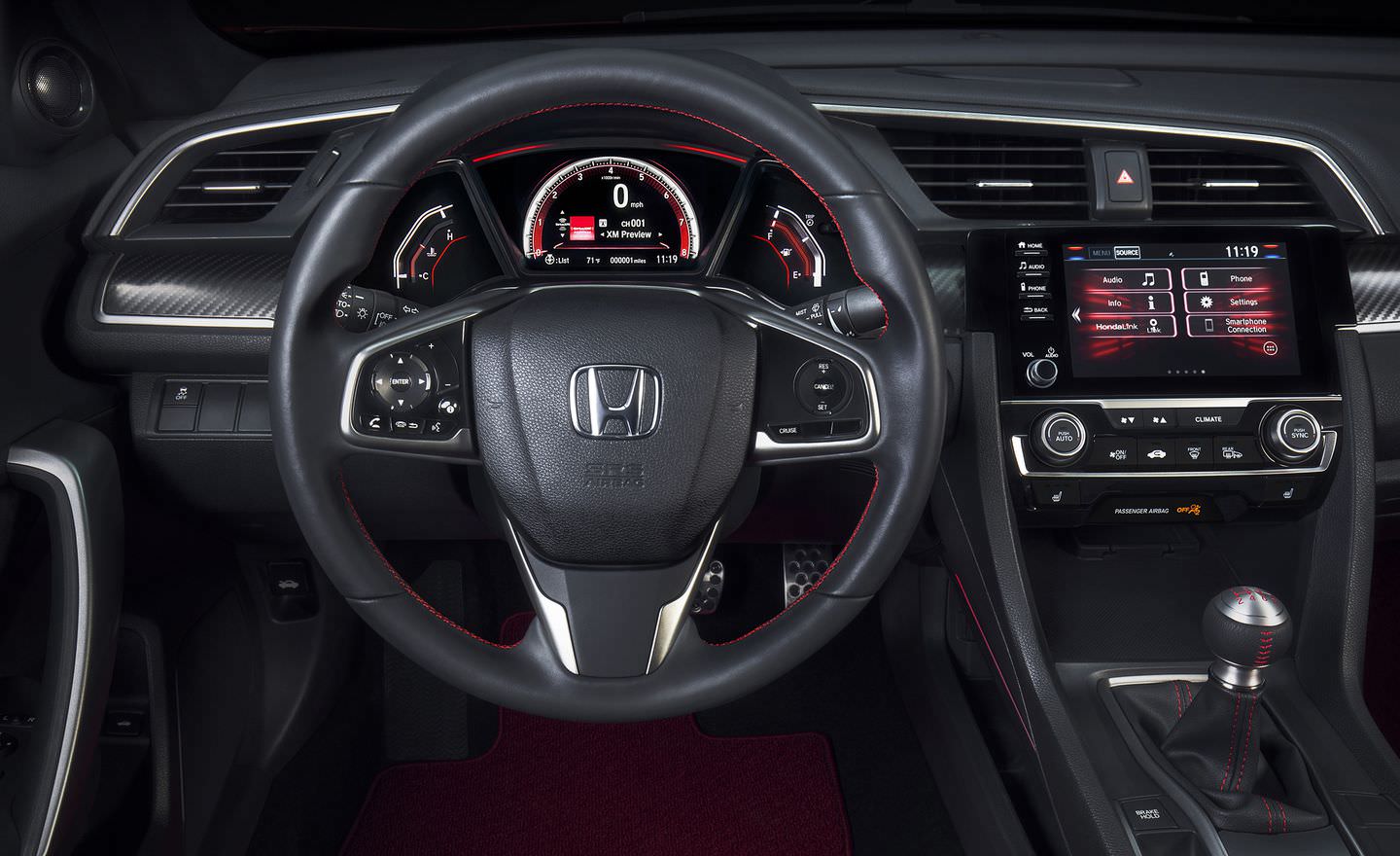 The Honda Civic Si coupe and sedan have been updated for 2019, with the changes mostly mirroring those of the standard Civic. Unlike the regular Civics, the Si receives no styling updates, but two new colors have been added to the palette: Platinum White Pearl is now available on both body styles, while Tonic Yellow Pearl is for the coupe only. The bigger news (to us at C/D, at least) is the adoption of a freshened infotainment system with-yes-a volume knob, which the regular Civic also gets for 2019.

The volume knob isn't the only addition to the interior. The infotainment system gains more physical buttons, and the Bluetooth integration has been improved. The HVAC system gets some buttons for fan speed, the cupholders in the center console are bigger, the electronic parking-brake switch has been redesigned, and the steering-wheel controls have been made more intuitive.

No mechanical changes have been made, though. The Si's 205-hp turbocharged 1.5-liter four remains, and a six-speed manual transmission stays the sole option. EPA ratings remain the same as well. A high-performance summer-tire package was previously available as a $200 option; it has been dropped as a factory trim, but it will be available as a dealer-installed option.

While the updates to the Civic Si are minor, they have done nothing but improve the sport-compact car, which landed itself a spot on our 10Best Cars list last year. The two-door coupe coupe and the four-door sedan are priced identically, starting at $25,195, which is a $200 jump over last year's model. The updated models will be available at dealerships starting November 1.
You must log in or register to reply here.
Share: Facebook Twitter Google+ Reddit Pinterest Tumblr WhatsApp Email Link