I pity those who test drive the Honda Civic Type R. It's a complete waste of time ? a futile exercise - as a dozen fleeting minutes behind the wheel of the world's highest-performing front-wheel drive hatchback, with a nervous salesperson roosted in the right seat, is unlikely to reveal anything but a fraction of its true talent. 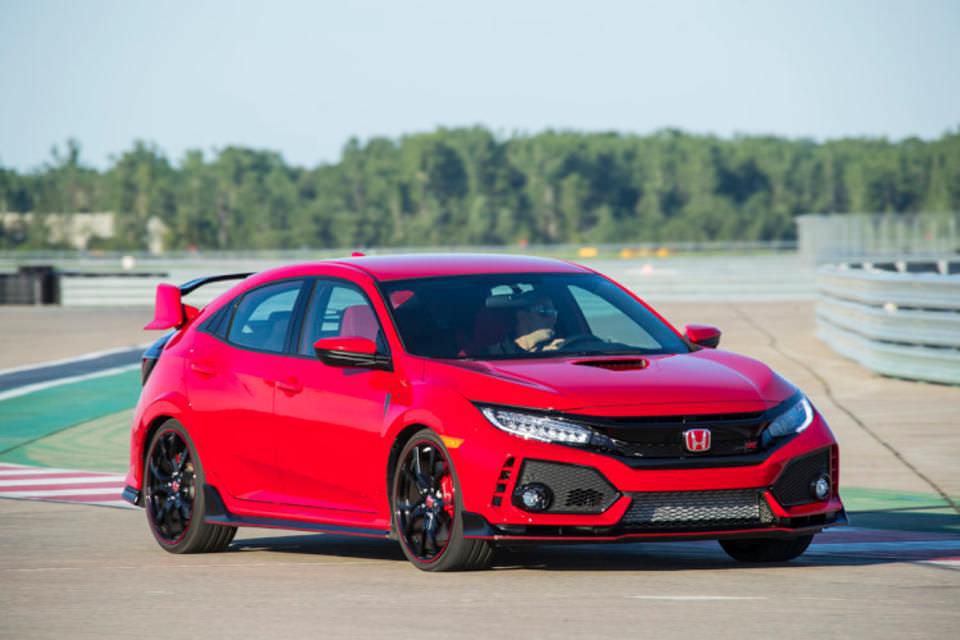 Finally launched in the U.S. market for the first time this year, the made-in-the-U.K. Civic Type R is the cr?me de la cr?me of Honda's celebrated Civic lineup. While it resides above the Civic Si in the hierarchy, the two vehicles couldn't be more different. The Si drives and feels like a gussied-up EX - that's not a terrible thing - but the Type R drives like a whole different model. From engine, to chassis tuning, to handling, to brakes, the R is more remarkable than its brethren. How much more superior? I'd go so far to say it's the best Honda I've ever driven.

When Honda handed me the keys to a Type R to enjoy over the holidays, I had lofty expectations. My first new car, all the way back in 1990, was a Honda Civic Si hatchback. That little 108-hp econo-hatch was a hoot to zip around in, especially compared to its peers of the era, but it was no sports car - aside from a few cosmetic enhancements, its brakes, tires, and suspension tuning were essentially economy car componentry.

But that's not the case with today's Type R. 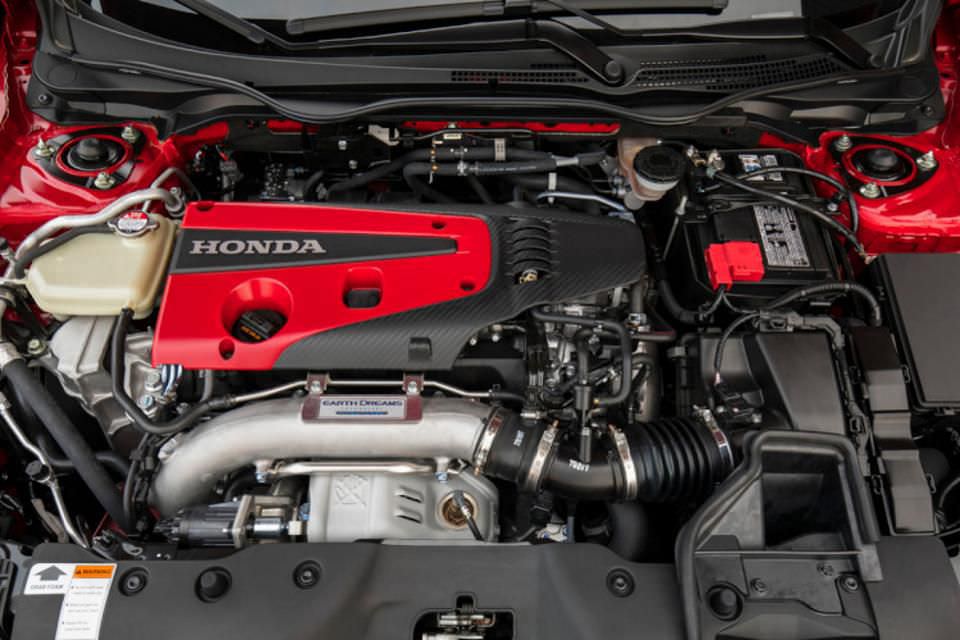 Under the hood of this Honda is a turbocharged 2.0-liter four-cylinder, rated at 306 horsepower and 295 pound-feet of torque. It's mated to a slick 6-speed manual gearbox sending power to the front two wheels through a helical limited-slip differential - an automatic gearbox and all-wheel drive are not offered. Three-mode adaptive dampers control the suspension and the brakes are multi-piston units from Brembo. And, of course, there are uber-sticky Continental SportContact 6 tires (Honda warns owners about their abbreviated lifespan on the window sticker), sized 245/30R-20, at all four corners.

With tall wings, aggressive splitters, and spoilers, the exterior of the Type R has been transformed into a wicked caricature that every teen boy-racer will adore. The unwelcome news is that your adult friends will mock you. Needlessly, as it turns out, as the trick aerodynamic add-ons are all fully functional ? the chassis is rock stable at high speed (the Civic's top speed is rumored to be an astonishing 170 mph).

The interior is equally as splashy, decorated with brightly contrasting colors, thickly bolstered bucket seats, digital instrumentation, and a cool metal ball shift lever. The theme is unquestionably ?race car,' and it's extraordinarily effective in achieving its objective of being a functional driver's environment. (I also need to mention that the Honda also has a maddening infotainment system that frustrated me continuously ? it's the R's only fault ? thankfully, it is overshadowed by the rest of the vehicle's brilliance.) 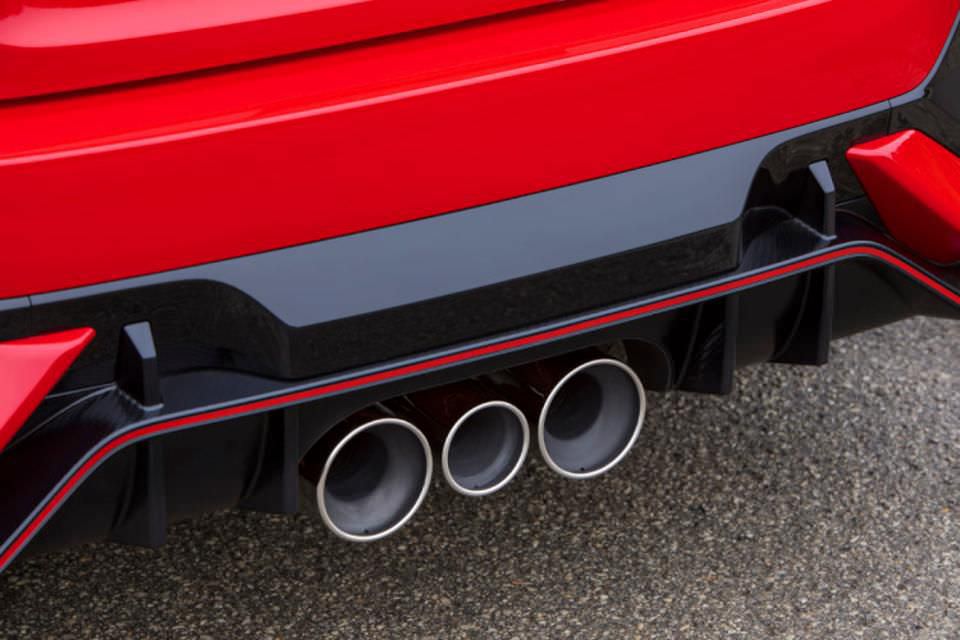 Keys in hand, my first excursion in the Civic Type R was an evening trip to the grocery store. The 20-minute trip was uneventful, serving only to highlight how easy (er... Honda-like?) the five-door is to drive. With a lightly-weighed clutch, one of the slickest manual shifters on the planet, and an engine that doesn't seem to mind stop-and-go congestion, the journey to the strip mall was child's play. I loaded a half-dozen bags into the rear hatch, and cruised home just as effortlessly as I had arrived.