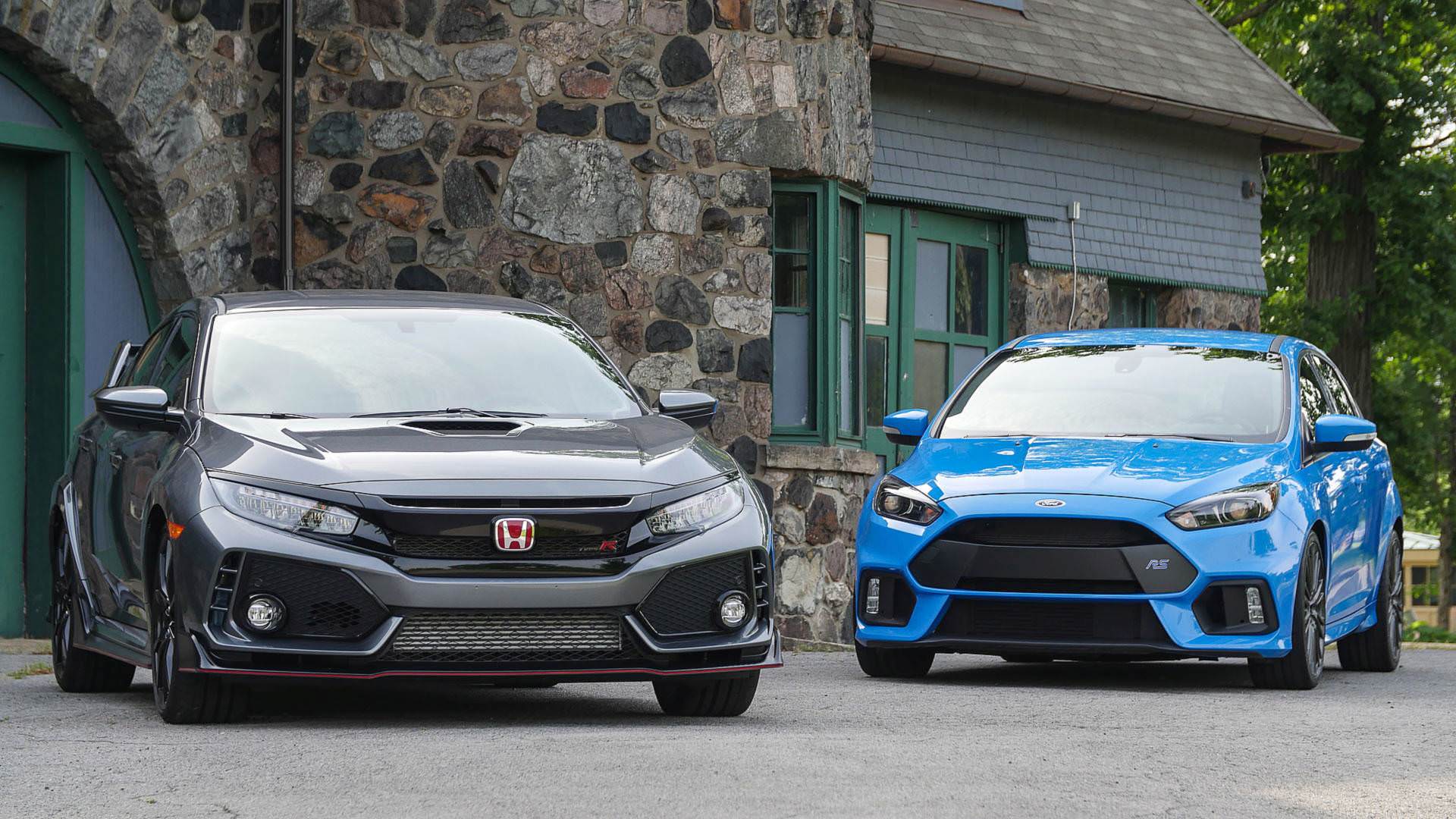 The Focus RS is the old boy, the car that arrived to kick the former horsepower champs ? the Subaru WRX STI and Volkswagen Golf R ? in the teeth with oodles of power, standard all-wheel drive, and a frikkin? drive mode dedicated to sideways funny business. The Civic Type R is the Rookie of the Year and a car that takes a hardline approach to driving performance in a way that few in the mid-$30,000 range ever have.

But which of these firecrackers is the better buy? The Ford has the edge on power and an undeniably attractive style, but the Civic is arguably the most entertaining front-wheel-drive car since John Cooper got his hands on an Austin Mini. Read on to see what?s tops: the Ford Focus RS or the Honda Civic Type R.

Ford: If you want the most powerful hot hatchback on the market, your search will start and end with the Ford Focus RS. Its (relatively) big 2.3-liter, turbocharged four-cylinder belts out 350 horsepower and 350 pound-feet of torque, and thanks to standard all-wheel drive, it's almost too easy to deploy the speed those numbers provide.

In a vacuum, this is a genuinely quick car from a standstill and while accelerating at speed. Torque is constant up to about 5,000 rpm and there isn't a big falloff in the final 1,500 revs. But there is some turbo lag.

It's not that the short delay is disruptive. Rather, today's cars have largely eradicated turbo lag, so cars with this particular quirk tend to stand out more. If anything, it makes the Focus RS a little more involving, asking more of drivers than today's point-and-squirt turbocharged cars.